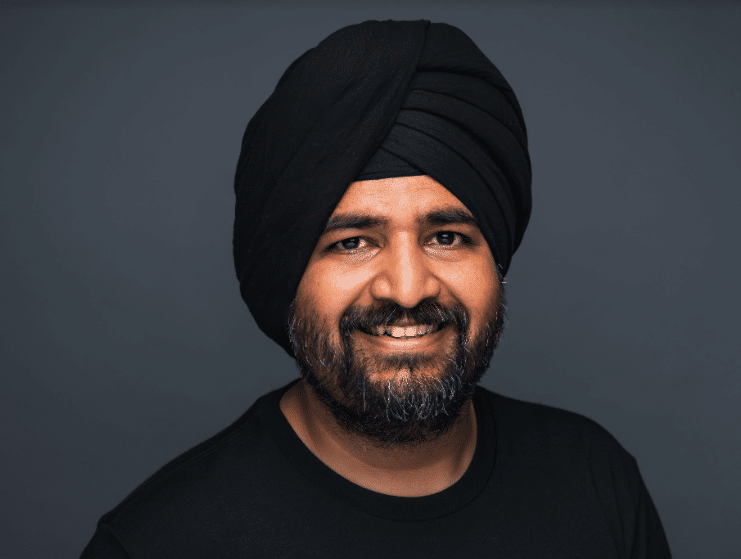 Gurjeet Singh funded, scaled, and sold his first startup. Now he has raised $37M to make IVF treatment more customer focused, reliable, and attainable for those eager to have children.

On the Dealmakers Show Singh shared his fundraising experiences, how he has grown two successful companies, the biggest mistake that startups are making, and why you should start with marketing first. Plus, how his latest venture is changing the science of fertility treatment.

Gurjeet Singh was originally born in India, where his father worked with the government. As a single child Gurjeet spent much of his childhood reading science fiction books.

However, as soon as he got a computer, he was hooked. He learned to program, make his own games, and went into engineering.

After spending a year working for Texas Instruments, Gurjeet headed to the US to study and obtain his Masters, and Ph.D. at Stanford.

At Stanford he took a combined program in scientific computing and computation math. He found himself peering into the future working on early GPUs and more early technology that we may use every day now.

Working in an old area of math, and building new research software, Gurjeet Singh stumbled into his first company, right out of Stanford.

One early user was a cancer researcher who used the software to identify a new type of breast cancer. The write ups and publications it got into got the attention of DARPA (Defense Advanced Research Projects Agency).

DARPA offered to fund their research and encouraged them to start a company around it. DARPA helped connect them to a variety of customers and government agencies.

It was used in intelligence, and even helped a German pharma company discover the key to getting their drug through trials and helping patients. It was a $1M a year contract.

Ultimately, their business branched into machine learning enterprise applications for vertices in pharma, for hospitals, and banking.

In addition to Citibank, they helped HSBC in fighting money laundering. Using their software at scale to identify new forms of financial fraud, and appease regulators.

In the end Gurjeet’s first company ended up raising a total of around $100M in funding, including their grant from DARPA, and VCs.

Storytelling is everything which is something that Gurjeet Singh was able to master. Being able to capture the essence of what you are doing in 15 to 20 slides is the key. For a winning deck, take a look at the pitch deck template created by Silicon Valley legend, Peter Thiel (see it here) where the most critical slides are highlighted.

In the beginning he says they struggled at marketing their raise. As well as explaining the technology they were working on. Once they found an investor who really understood it, they were able to bank their seed round. Followed by a Series A with Khosla Ventures.

By the time it came to their Series B and C rounds, they were growing, selling, and the math just made sense to investors.

For his most recent company, they’ve already raised around $37M in debt and equity funding.  This time they set out to find investors who were really in alignment with their problem, the strategy, and go to market plan. This time around they secured Jazz and Root Ventures as investors.

In fact, it was in the process of beginning a new fundraising round which ultimately got the attention of Symphony, who ended up acquiring Singh’s first company.

He stayed on to help with the integration, but was clear that he did not want to hang around as an employee after the sale.

Someone in his wife’s office had been going through IVF treatment. They had gone through an astounding six cycles of treatments, at $45,000 each. Not only was the treatment not successful after all of that, they ended up in bankruptcy.

At this time Gurjeet’s now cofounder happened to be visiting the US. He shared this story with him. A physician himself, his partner invited him out to India to see the inside of a fertility clinic in action.

He went, and was astonished at what he found. It was all very much like a throwback to his high school science lab. No automation. No futuristic machines.

Returning to the US to check out more IVF clinics, he found the same procedures and equipment in use. Not surprisingly, with the same level of success rates as in third world countries.

Gurjeet and his cofounder set about to bring the world of fertility treatment into the future.

Together they started Oma Robotics. Which applies AI and machine learning to increase IVF success rates and make it more accessible to people.

Today, they have fertility clinics across the US, in Atlanta, St. Louis, New York City, and Santa Barbara.